Dental Tools Throughout History By Alicia Green on October 22, 2018

We understand that the dentist isn’t always a pleasurable experience, especially if you need extensive work done. Thankfully with modern medicine and technology we have multiple options to keep you comfortable and pain free. However, it wasn’t always this way. Take a look at some of the dental devices that were used throughout history and just be glad that you didn’t need a tooth pulled back in the day!

The bow drill was constructed like the bows that were used to make fire but instead of creating flame from two pieces of wood, this drill had a stringed wooden bow tied to a rotating spindle used to drill into teeth. This dental device was found in what is now presently known as India and Pakistan. 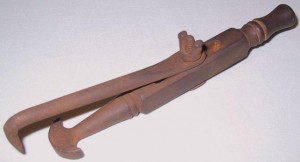 The Pelican was used for tooth extraction. The tooth would be placed between between the claw and the head of the shaft then tightened down on to ensure a tight grip on the tooth, then pulled out. 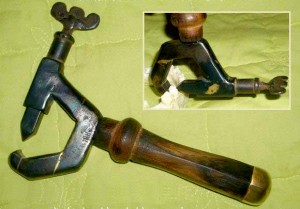 This French device (secateurs meaning cutting or scissors) would be placed around the tooth and tightened down just above the gum line. The tooth would then be pulled out.

Another extraction tool for infection teeth. The claw of the tooth key would be fixed deep down between the tooth and the gums. The idea was that with one slow turn of the device the tooth would be pulled out. However this usually resulted in broken teeth, tissue damage, and even jaw fractures. 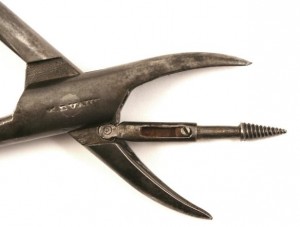 Forceps were invented after the failure of the tooth key. The drill in the center of this tool would work on the root of the tooth while the forceps would pull to extract the tooth.

The Clockwork Drill was invented in 1864 by the British dentist George Fellows Harrington. This drill would be wound up in advance and would run continuously for about 2 minutes. However since it required both hands and would need to be repeatedly wound up it was replaced by the footdrill just a few years later. 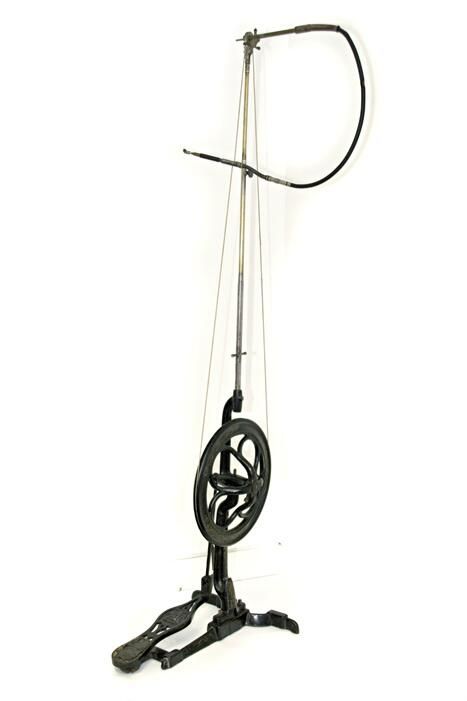 With the need to have continuous drilling the footdrill was invented in 1872. This dental drill was powered by the pressing down on the pedal repeatedly, freeing the dentist’s second hand. 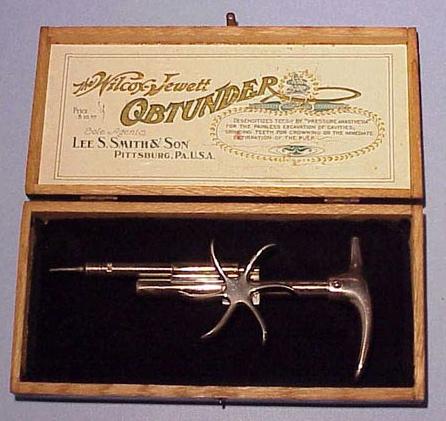 This sure doesn’t look like a modern day syringe, but this device was used for oral injection of anesthetic substances. Finally anesthetic!

Can you believe that these tools were not medieval torture devices but in fact dental tools?! However the poor patients who these had to be used on probably would vote on the side of torture devices. We sure have came a long way since then!